This is a very profitable option trading  system I use to collect premiums by selling put options on stocks I do not own.The steps are as follows:
(1) Look for a stock that has entered a consolidation period after a strong advance
(2)After an MACD bearish crossover look for a continued price consolidation while the MACD line and
signal line are moving lower from an overbought situation.
(3)Enter when the MACD histogram is showing a bullish divergence with the MACD line nearing the signal line
(4)Pick a strike where the premium obtained insures protection to below the next support level.
(5) Less than 40 days to expiration.

As seen in the example below, the entry point where puts are sold is shown by the arrow extending from the
vertical line where the price intersects the MACD histogram point of divergence and nearing crossover of the signal line.
This is a position we took on April 13, getting a premium of $1.05 with expiration in May 2017.
Notice that we have almost 35 days to expiration and we are protected to near $16.00 which is below the main support
at the lower end of the consolidation range near $16.5. 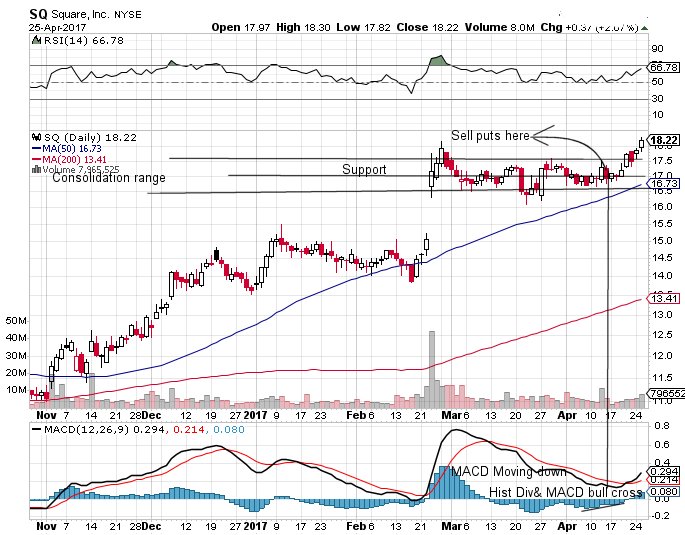