One uncommon setup that I look for when predicting a major explosive move is internal divergences between the MACD
signal line crossover and the MACD histogram. The setup is simple and is as follows:

(1) MACD valleys  from signal line crossovers form subsequent lower lows while the MACD histogram forms higher highs.
(2) CMF increasing and moving from Negative to positive
This MACD internal divergence indicates exhausion of sellers and when accompanied by increasing and
positive CMF,( a sign of accumulation) is usually followed by a breakout as seen in the example below.
We entered an option position on 10/6/2017 which is still held as open position. Alternatively one could buy the stock outright. 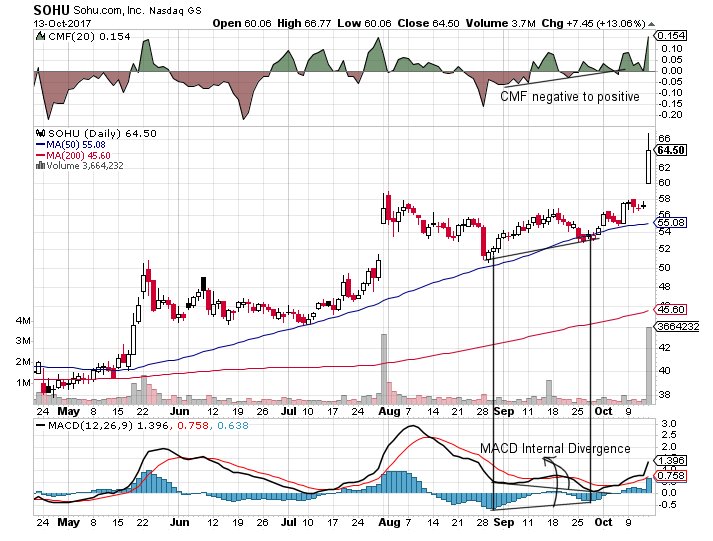 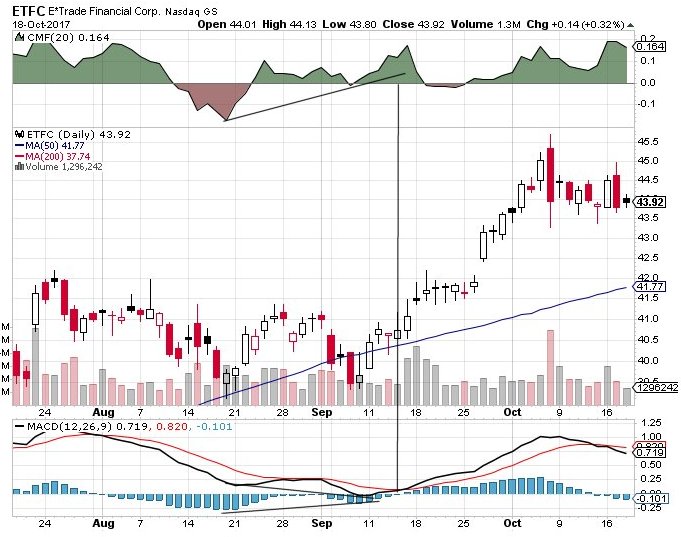 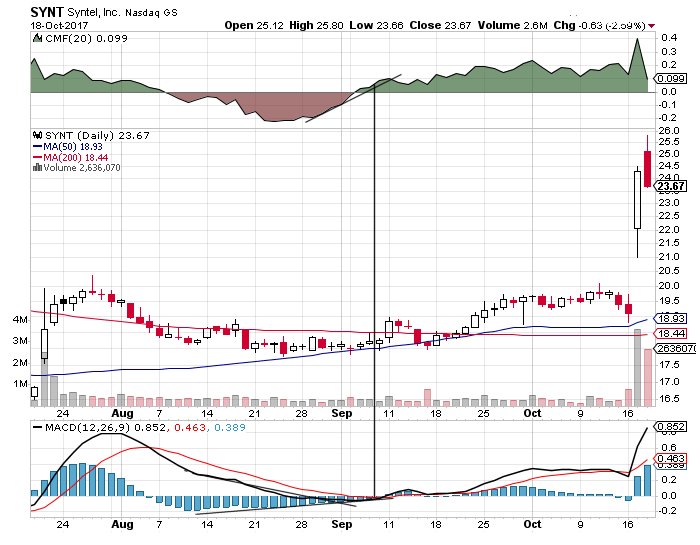